World Toilet Day
Did you know that November 19 is World Toilet Day? Ok, so I know we’re a few days late but that doesn’t mean we can’t continue the celebration!
First, what is there to know about World Toilet Day. It became officially recognized November 19, 2012 as a United Nations International observance day to “inspire action to tackle the global sanitation crisis”. The goal is to draw awareness to the fact that there are currently 4.2 billion people living on this planet without access to safely managed sanitation. Since half of the global population is unable to not able to utilize a safe sanitation system, they must use unreliable, inadequate toilets or practice open defecation. This poses a significant risk with to the surrounding environment since it can spread deadly diseases. Makes you think about how much you truly appreciate your toilet and city sanitation system right?
Let’s Talk About Your Toilet
As you may already know, the toilet is by far the main source of water use in the average home. The EPA states that is accounts for nearly 30% of an average home’s indoor water consumption! That is estimating that the average American is flushing 5 times a day. Now there have been advancements in the porcelain bowl industry that have helped decrease water usage as well as water costs, but the average flush still equates to about 1.6 gallons of water! That means on average we are dumping 8 gallons of water down the drain every day! That’s an estimated total of 2,920 gallons of water every year being used just for you to go to the bathroom.
What’s Next?
It’s simple, for the next week when you go to the bathroom, if whatever is left in the toilet is yellow, then don’t flush and let it mellow! I want you to challenge yourself to go 7 straight days of only flushing the toilet when there are kids in the pool, if you catch my drift. 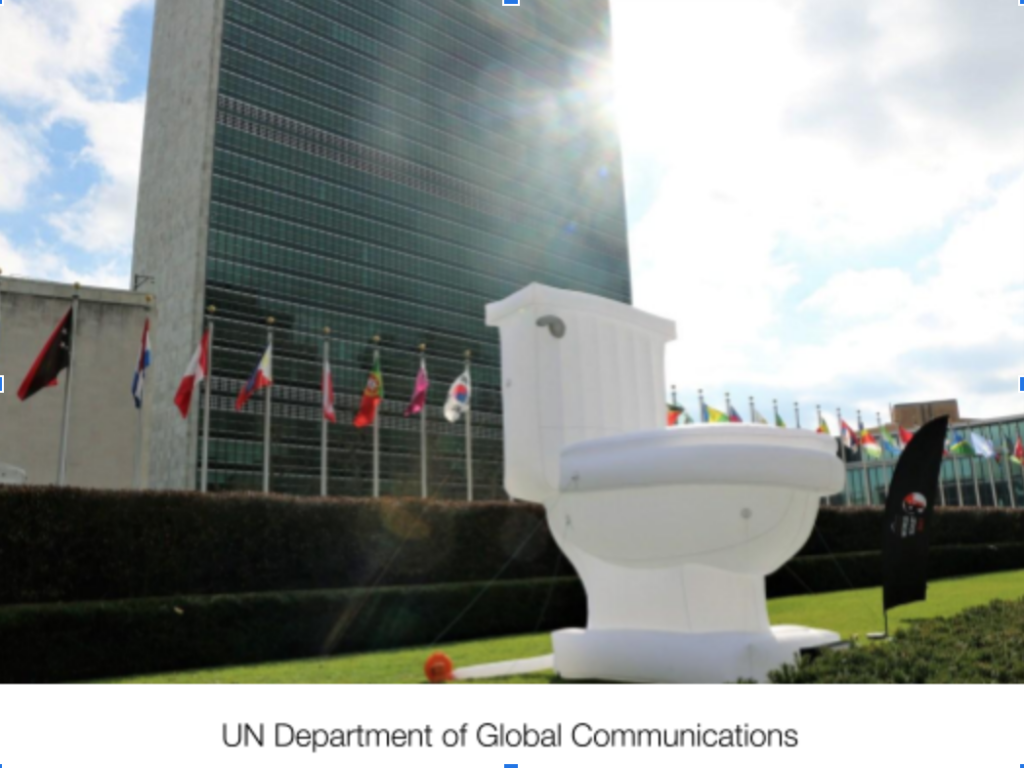 If you reduce the number of times you flush by just 1 flush every day, then by the end of the year you will have saved 584 gallons of water! This will help decrease water waste, decrease the energy it takes to process the water at the sanitation center and decrease your water bill! Remember, half of the global population is unable to utilize a safe sanitation system, so let’s not take our toilets for granted and do what little we can by reducing water waste in the bathroom.

We Need Your Help! Donate towards our most current water projects today!