A movement to ban single-use straws from restaurants has been growing across the nation. 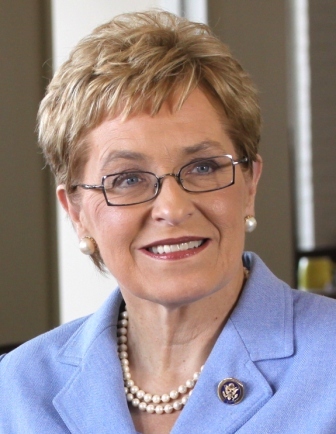 Straws are routinely placed in beverages in restaurants. For the majority of people, these straws are a completely unnecessary. On average, Americans use 500 million straws daily (Source). That is enough straws to wrap the circumference of the Earth 2.5 times (Source). Even though straws make up only a fraction of overall plastic pollution, their size makes them a major threat as they can become entangled in marine animals or consumed by fish (Source). Every year, 100,000 marine animals and over 1 million sea -birds die from ingesting plastic (Source).

A big push for the “anti-straw” movement came when this video went viral of a turtle getting a straw removed from its nostril (Source).

One thing that sets the anti-straw movement apart from other environmental movements is that activists are not strictly asking for laws or official bans, but rather asking consumers to say no to straws (Source).

Who is taking action?

The United Kingdom became the first country to announce that they will be banning plastic straws starting next year. U.K. Prime Minister Theresa May announced this ban, saying “Plastic waste is one of the greatest environmental challenges facing the world, which is why protecting the marine environment is central to our agenda.” This ban is a step towards their plan to get rid of all plastic waste by 2042 (Source). Critics say that this ban is not enough as the U.K. has only pledged to avoid plastic waste were it is “economically practical.” (Source)

Recently, the Indian government pledged to ban all single use plastics by 2022. India is striving to become a global leader with this policy as India feels that the rest of the world is still not taking enough action (Source).

Cities in the United States that have already begun banning straws include Malibu, California and Seattle, Washington (Source).

Major companies like IKEA, SeaWorld, and Royal Caribbean are getting rid of both plastic straws and plastic bags (Source).

UK’s Burger King has even pledged that all of their packaging will be recyclable, biodegradable, or compostable by 2025. Biodegradable straws will be even be launched in their stores in September (Source)

What has Cleveland done?

One restaurant in Cleveland that has recently launched a “Skip the Straw” campaign is Melt Bar and Grilled. Melt does not automatically serve straws in their beverages, but still has straws available per guests request. (Source)

Market Garden Brewery in Ohio City has even made the switch from plastic straws to paper straws, which is much better for the environment as paper biodegrades faster than plastic. Servers have also been trained to only give a straw at the guest’s request (Source).

Our partner, Cleveland Metroparks has stopped automatically serving straws in drinks. They also only use compostable utensils, plates, and cups (Source).

What can you do?

Environmental advocates are hoping that refusing straws can encourage even more impactful behavior changes. Since straws only make up a fraction of the overall plastic pollution, advocates are wanting to rethink the entire plastics industry.

“I think a lot of people feel overwhelmed by the magnitude of the plastic problem. Giving up plastic straws is a small step, and an easy thing for people to get started on. From there, we can move on to larger projects.” said the founder of StrawFree.org, Diana Lofflin (Source)

DLDT is committed to reducing our plastic waste to keep it out of our water systems. Join us by skipping the straw next time you go out to eat.

Let’s practice saying, “ I’ll have a water, no straw please!”